Cocoa farming has driven massive deforestation in West Africa: Cote d’Ivoire, the world’s leading exporter, has seen a loss of 80% of its forests since its independence in 1960. While cocoa is traditionally grown in monoculture, it can thrive under the shade of tall trees. To restore some of the lost tree cover, the planting of shade trees is a high priority for the country as well as the private sector, to reverse the impacts of deforestation and improve carbon sequestration by African tropical forests.

In this challenge, your objective is to predict biomass in shaded regions in Cote d’Ivoire based on GEDI, Sentinel-2 and ground truth biomass data. Remote monitoring of the increase of biomass will help measure the impact of reforestation efforts in Cote d’Ivoire as well as detect degradation of forests due to cocoa, without requiring expensive and labor-intensive biomass estimates on the ground.

The error metric for this competition is the Root Mean Squared Error.

For every row in the dataset, submission files should contain 2 columns: Tile and Count.

Final submissions must be received by 11:59 PM GMT.

We reserve the right to update the contest timeline if necessary.

Established in 2019, data354 is the first advisory firm pure-player data in West Africa. Our mission is to foster the emergence of data expertise in Africa by supporting our clients throughout their data journeys and help them to become more data-driven and to get most out of their data using the unique combination of our expertise in Strategy and Management Advisory and our mastery of data technologies.

The Deutsche Gesellschaft für Internationale Zusammenarbeit (GIZ), on behalf of the German Federal Ministry for Economic Cooperation and Development (BMZ), participates in this challenge with three projects: 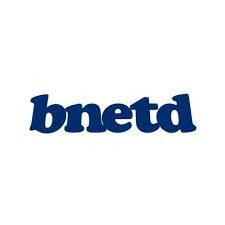 Created in 1978 under the name of Direction et Contrôle des Grands Travaux (DCGTx), the Bureau National d'Etudes Techniques et de Développement (BNETD) is a design office created to contribute to the development of Ivory Coast and the African countries in which it is present. In Ivory Coast, it is responsible for designing, monitoring studies and project management of public works, assisting and advising the government in the implementation of its road, water and energy infrastructure development policy.

About Institute for Computational Science, University of Zurich (UZH) (ics.uzh.ch)

The Data Science for Sciences group at University of Zurich and the EcoVision Lab at ETH Zurich, both led by Jan Dirk Wegner, do research at the frontier of machine learning, computer vision, and remote sensing to solve scientific questions in the environmental sciences and geosciences. The objective is to invent original, data-​​driven methods that analyze environmental data at a very large scale automatically. We innovate on a very technical level and closely collaborate with our colleagues from, for example, ecology to jointly find new ways to protect our environment at global scale. Scientific projects include global mapping of vegetation parameters like canopy top height and carbon stocks at very high spatial and temporal resolution, monitoring of agricultural land, water-​level prediction under flooding scenarios, or establishing a rapid-​alert system that detects deforestation. On the technical side, we investigate exciting topics like uncertainty quantification in deep learning, explainable AI, graph neural networks, or time-​series analysis with neural ordinary differential equations. We believe that interdisciplinary research is key to scientific breakthroughs and always aim at putting our research into practice by collaborating with NGOs, company's or public administration.

About The University of Queensland (uq.edu.au)

The team of Wilma Blaser at University of Queensland does research in ecology and land use changes. Particular interest is in gaining a better understanding of how commodity sourcing in the tropics, like cocoa in Ghana and Cote d’Ivoire, for example, do impact the environment and well-being of smallholder farmers. The team tries to connect very local, in situ data about cocoa farms, shade tree cover, biomass, tree species etc. with large-scale data from remote sensing to enable well-informed decision making at country-scale. The team collaborates with many international partners at NGOs and in academia to achieve true societal impact with academic research.

How to get started with Zindi

How to enroll in your first Zindi competition

How to create a team on Zindi

How to update your profile on Zindi

This challenge is open to all.

Multiple accounts per user are not permitted, and neither is collaboration or membership across multiple teams. Individuals and their submissions originating from multiple accounts will be immediately disqualified from the platform.

Code must not be shared privately outside of a team. Any code that is shared, must be made available to all competition participants through the platform. (i.e. on the discussion boards).

The team leader can initiate a merge with another team. Only the team leader of the second team can accept the invite. The default team leader is the leader from the team who initiated the invite. Teams can only merge if the total number of members is less than or equal to the maximum team size of the competition.

A team can be disbanded if it has not yet made a submission. Once a submission is made individual members cannot leave the team.

All members in the team receive points associated with their ranking in the competition and there is no split or division of the points between team members.

The solution must use publicly-available, open-source packages only.

You may use only the datasets provided for this competition. Automated machine learning tools such as automl are not permitted.

You may use pretrained models as long as they are openly available to everyone.

The data used in this competition is the sole property of Zindi and the competition host. You may not transmit, duplicate, publish, redistribute or otherwise provide or make available any competition data to any party not participating in the Competition (this includes uploading the data to any public site such as Kaggle or GitHub). You may upload, store and work with the data on any cloud platform such as Google Colab, AWS or similar, as long as 1) the data remains private and 2) doing so does not contravene Zindi’s rules of use.

Your solution must not infringe the rights of any third party and you must be legally entitled to assign ownership of all rights of copyright in and to the winning solution code to Zindi.

You may make a maximum of 10 submissions per day.

You may make a maximum of 300 submissions for this competition.

Note that to count, your submission must first pass processing. If your submission fails during the processing step, it will not be counted and not receive a score; nor will it count against your daily submission limit. If you encounter problems with your submission file, your best course of action is to ask for advice on the Competition’s discussion forum.

If you are in the top 10 at the time the leaderboard closes, we will email you to request your code. On receipt of email, you will have 48 hours to respond and submit your code following the Reproducibility of submitted code guidelines detailed below. Failure to respond will result in disqualification.

To be eligible for cash prizes, 1st, 2nd, or 3rd on the final leaderboard will release their top solutions under an open source license for ongoing use and learning.

If two solutions earn identical scores on the leaderboard, the tiebreaker will be the date and time in which the submission was made (the earlier solution will win).

The winners will be paid via bank transfer, PayPal, or other international money transfer platform. International transfer fees will be deducted from the total prize amount, unless the prize money is under $500, in which case the international transfer fees will be covered by Zindi. In all cases, the winners are responsible for any other fees applied by their own bank or other institution for receiving the prize money. All taxes imposed on prizes are the sole responsibility of the winners. The top 3 winners or team leaders will be required to present Zindi with proof of identification, proof of residence and a letter from your bank confirming your banking details.Winners will be paid in USD or the currency of the competition. If your account cannot receive US Dollars or the currency of the competition then your bank will need to provide proof of this and Zindi will try to accommodate this.

Payment will be made after code review and sealing the leaderboard.

Zindi is committed to providing solutions of value to our clients and partners. To this end, we reserve the right to disqualify your submission on the grounds of usability or value. This includes but is not limited to the use of data leaks or any other practices that we deem to compromise the inherent value of your solution.

Zindi also reserves the right to disqualify you and/or your submissions from any competition if we believe that you violated the rules or violated the spirit of the competition or the platform in any other way. The disqualifications are irrespective of your position on the leaderboard and completely at the discretion of Zindi.

Please refer to the FAQs and Terms of Use for additional rules that may apply to this competition. We reserve the right to update these rules at any time.

A README markdown file is required

Your code needs to run properly, code reviewers do not have time to debug code. If code does not run easily you will be bumped down the leaderboard.

Consequences of breaking any rules of the competition or submission guidelines: