This is a private hackathon open to CMU-Africa participants. If you are a student in CMU-Africa and would like to participate, contact Sheila Mbadi (cmuadatascience@gmail.com).

Each year, thousands of fires blaze across the African continent. Some are natural occurrences, part of a ‘fire cycle’ that can actually benefit some dryland ecosystems. Many are started intentionally, used to clear land or to prepare fields for planting. And some are wildfires, which can rage over large areas and cause huge amounts of damage. Whatever the cause, fires pour vast amounts of CO2 into the atmosphere, along with smoke that degrades air quality for those living downwind.

Figuring out the dynamics that influence where and when these fires occur can help us to better understand their effects. And predicting how these dynamics will play out in the future, under different climatic conditions, could prove extremely useful. For this challenge, the goal is to do exactly that. We’ve aggregated data on burned areas across ZImbabwe for each month since 2001. You’ll be given the burn area data up to the end of 2013, along with some additional information (such as rainfall, temperature, land cover etc) that extends into the test period. The challenge is to build a model capable of predicting the burned area in different locations over the 2014 to 2016 test period based on only this information. 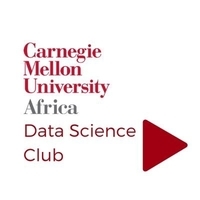 A club of innovative thinkers seeking to delve into the madness that is big data.