In machine learning, it is crucial to have a large amount of data in order to achieve strong model performance. Using a method known as data augmentation, you can create more data for your machine-learning project. Data augmentation is a collection of techniques that manage the process of automatically generating high-quality data on top of existing data.

In computer vision applications, augmenting approaches are extremely prevalent.If you are working on a computer vision project (e.g Image classification), for instance, you can apply dozens of techniques to each image: shift, modify color intensities, scale, rotate, crop, etc.

If you have a tiny dataset for your ML project or wish to reduce overfitting in your machine learning models, it is recommended that you may apply data augmentation approaches.

“We don’t have better algorithms. We just have more data.”- Peter Norvig

In the field of Natural Language Processing (NLP), the tremendous level of complexity that language possesses, makes it difficult to augment the text. The process of augmenting text data is more challenging and not as straightforward as some might expect.

In this article, you will learn how to use a library called TextAttack to improve data for natural language processing.

TextAttack is a Python framework that was built by the QData team for the purpose of conducting adversarial attacks, adversarial training, and data augmentation in natural language processing. TextAttack has components that can be utilized independently for a variety of basic natural language processing tasks, including sentence encoding, grammar checking, and word substitution.

Note: For this article, we will focus on how to use the TextAttack library for Data augmentation.

To use this library make sure you have python 3.6 or above in your environment.

Note: Once you have installed TexAttack, you can run it via the python module or via command-line.

It augments words by swapping characters out for other characters.

The Augmenter has swapped the word “movie” to “omvie”.

It augments the text by deleting some parts of the text to make new text.

This method has removed the word “enjoyed” to create a new augmented text.

This augments the text with a combination of different methods, such as

As you can see from the augmented texts, it shows different results based on the methods applied. For example in the first augmented text, the last word has been modified from “happened”to “happen”.

It can augment the text by replacing it with synonyms from the WordNet thesaurus.

This method has changed the word “happened” to “pass” in order to create a new augmented text.

5. Create your Own Augmenter

The output shows different augmented texts after implementing theWordSwapRandomCharacterDeletionmethod. For example, in the first augmented text, the method randomly removes the character “o” in the word “confused”.

You can also try to use other available augmentation techniques from the TextAttack library such as:

Some questions for you Zindi reader

2. Do you know of a source similar to WordNet you can use for Augmentation?

3. If you create your own Augmenter share it below so others can learn and expand on it.

Davis David is a Zindi ambassador for Tanzania and a data scientist at Dlab. He is passionate about artificial intelligence, machine learning, deep learning and big data. He is a co-organizer and facilitator of the AI movement in Tanzania; conducting AI meetups, workshops and events with a passion to build a community of data scientists to solve local problems. 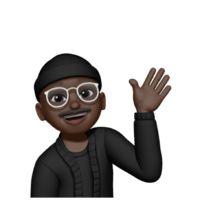