This is a step-by-step approach on how to approach the Womxn in Big Data South Africa: Female-Headed Households in South Africa Challenge. The article will take you through the basic procedure on how best to approach this task, show you some basic techniques you can use and finally show you how to create and upload your submission to Zindi for scoring.

The complete description of the challenge can be found here.

Objective of the challenge

The objective of this challenge is to build a predictive model that accurately estimates the % of households per ward that are female-headed and living below a particular income threshold by using data points that can be collected through other means without an intensive household survey like the census.

From the description above, we know that we are building a Regression Model.

Regression is a subset of supervised learning that aims to predict a continuous or numerical value.

Our goal is to build a predictive model that estimates the % of households per ward female-headed and living below a particular income threshold by using data points that can be collected through other means without an intensive household survey like a census.

This involves collecting data, assessing its quality and transforming variables into their correct formats.

1. Set up your work environment and Import Data

Next, we check the data’s quality and completeness, exploration of variables and their relationship and get a brief description of the data. Things you need to look out for in the different variables from our dataset are:

For this, the variable_definitions.csv describes the different variables in the data.

Creating visualizations from our dataset libraries like Seaborn, or Matplotlib can be helpful.

Plotting the distribution of the target:

From the target distribution histogram above we can see that the distribution follows a normal curve, in that it is neither skewed to the left nor the right.

This is good news for a regression task. If the distribution was skewed, preprocessing and post-processing of the target would have been necessary.

Check the distribution of female-headed households across South Africa: 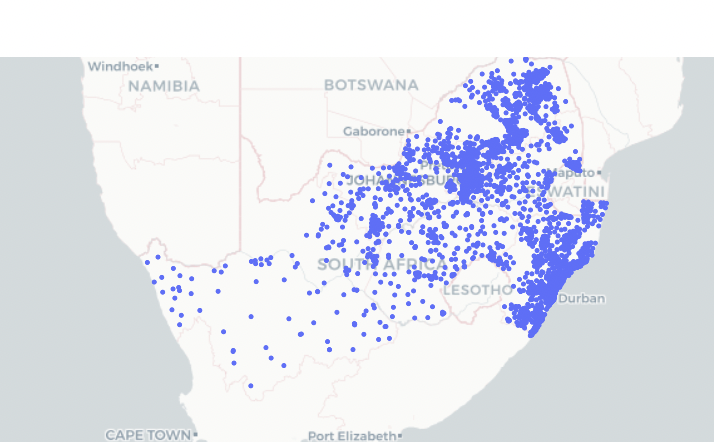 Check whether the target variable has any outliers: 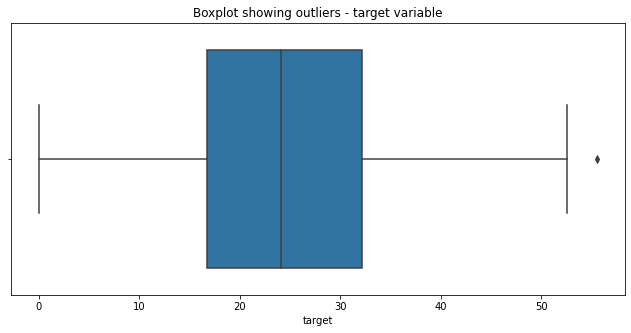 The target variable has some outliers that are beyond the 50 mark.

Outliers can be handled via

The next step is to understand the correlation in our dataset: 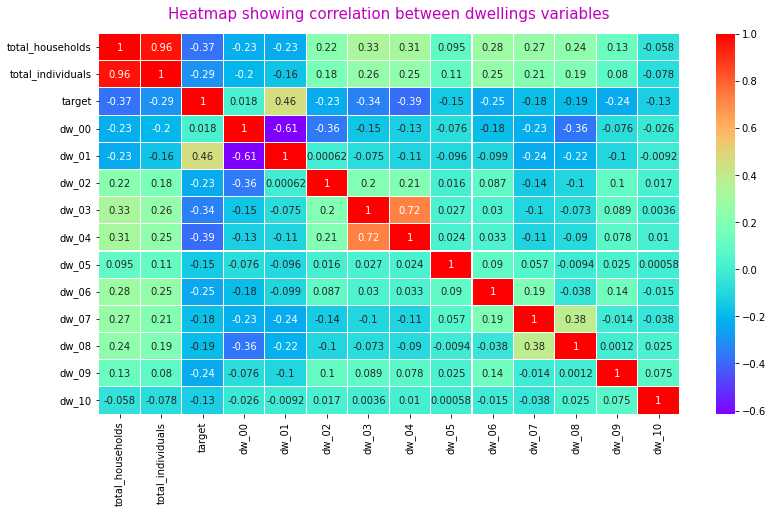 There is a strong positive correlation of 0.72 between dwelling dw_03 and dw_04 - Why is this? More investigation is needed

There is also a mildly strong negative correlation of -0.61 between dwelling dw_01 and dw_00

For this challenge, we will use the Catboost algorithm -it is an open-source gradient boosting algorithm developed by the Yandex team in 2017. It is a machine learning algorithm that allows users to quickly handle categorical features for a large data set and this differentiates it from XGBoost & LightGBM.

CatBoost algorithm is based on gradient boosting decision trees. Gradient boosting is a Machine learning technique used in classification and regression tasks. Boosting is a method of converting weak learners into strong learners - what happens is the technique combines models to produce one optimal predictive model.

Catboost can be used to solve regression, classification and ranking problems. Since this is a regression problem, we will use the CatBoostRegressor Algorithm. Here we are dropping the columns with no correlation with the target variable

Select Independent and dependant variables to be used in training:

Train the model per fold and make predictions on the test data:

After training, we get an average RMSE of 3.260. The chart below shows the most important features that contributed to the RMSE above. 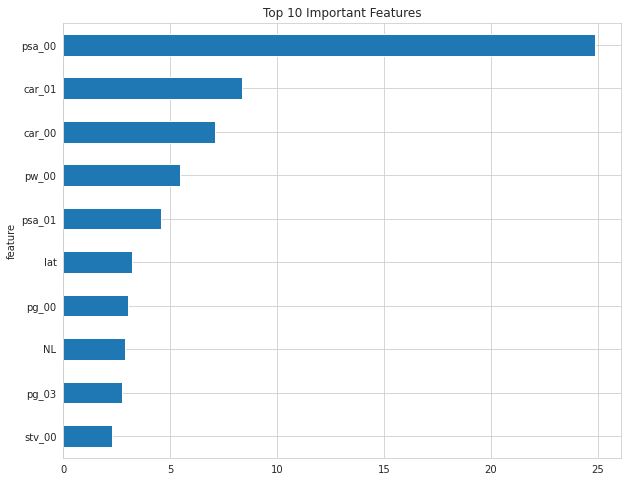 When creating your submission - always look at the sample submission file to check whether it matches the format needed. When submitting your final predictions, always ensure that it's in CSV format.

Congratulations! You have understood the basic concepts of CatBoost Algorithm and built a model with the algorithm! Here are awesome code solutions:

A Gentle Introduction to the Gradient Boosting Algorithm